All of the writing, the books, the videos, the classes, the webinars, the private sessions, and the messages, including this one, are designed for only one thing.

To release resistance. To distract the mind.

They are designed to help the mind quiet down enough to create a space for allowing.  Allowing the soul and the I Am to come into our physical body.  The mind isn’t left out of this transformation.  It comes with us, along with all of the aspects, all of our past lives, and of course our physical body.  It’s all inclusive.

But the actual ‘work’ of this embodied enlightenment is being done on levels the human personality cannot, and need not understand.

And that’s not a statement to disparage the human mind and personality.  Not at all.  That human part is essential to being here, of course. But it’s not going to be running the show.  It can’t.

After a point, we realize that.  We also realize that this realization thing is totally unique to each of us. There’s no one size fits all.  And we realize that we ultimately are our own Final Authority.  We appreciate all of the teachers and books and classes, all of the love and support, but at a point we are the one who is experiencing it.

We take everything we hear and read and watch, and we extract what resonates with us.  If it doesn’t then it’s simply not our truth.  There are many truths.  To the mind that’s unsettling.  The mind wants there to be only one truth.

But the difference is, in our sovereignty, we understand that we are not singular.  We are multidimensional.  We are human AND an eternal soul.  And that soul can have a myriad of expressions, not just the human form.

We don’t have to know the names of all of those non-physical aspects of us, in the celestial realms.  And, they don’t have to be a high-profile name that people recognize.  Because ultimately we are just ourSELF.

When we come to know that energy is within us, not outside there somewhere, we have to accept the responsibility of that truth.  We can’t play the game of victim consciousness.

Humanity is playing the game, playing out the victim consciousness.   But they are beginning to see that it’s not satisfying them like it did before.  It’s like they are still trying to play checkers and don’t realize it’s now a game of chess.  But it’s inter -dimensional.  No longer a 3D game board.

But we are no longer in the game at all.

We are here in a space of non-duality, where the I Am is becoming the primary voice in our body and our life.  We have explored our fears and have noticed over time those same fears, even if they still come up, don’t have the same hold on us.

We are beginning to get that it’s not about overcoming our human self.  Or pushing our mind to the side.  It’s about acknowledging that yes, those thoughts and emotions are still there, but we’re just not giving them our full attention anymore.

We begin to get that we are BOTH human and Divine.  We are multidimensional.  We are ALL OF IT.  That expression, she’s all that, is exactly right.

The challenge of being a teacher or guide to others in this process is how many ways can the same thing be said, so that it sounds new?  Because the mind really wants something new.  It wants a new piece of information that it can say, aha to.

But really, it’s just about, when the information is ready to be received, we get it.

How many times have we re-read an old message or book and said, wow, I don’t remember this part?

It takes awhile to absorb and just know, not just intellectually, these truths of who we are.  There are integration periods that need to be honored.  Of course our mind is tired of them, and wants to believe it’s never ending.  It feels like that.

But the feeling comes from a mind that doesn’t understand realization.

So, we are going to reach the point where we begin to truly trust our inner voice above everything and everyone outside ourself. And then we come together to just enjoy one another’s energies.  That’s already happening.

The masses are still listening to voices from outside.  They are feeling really insecure right now, not just because of the Coronavirus, but because they can’t rely on those outer voices like they did before.

The singular human, who still believes they are just their human personality, is frightened.  They are really uncomfortable.  For many, their old life is no more. They can’t go back to business as usual.

Humanity lost touch with their inner voice a long time ago, and it’s lead to a world where the mind rules.  The mind became responsible for everything.  And the mind is being stretched to its limit.

We have been called crazy because we talk to our voices and we sense a reality beyond this one.  And we look back at them, and see a world of people that believe their mind is who they are.  How crazy is that?

So the world appears to be going crazy.  But it’s become sane.  It’s in the process of losing its mind.  A better way to say it is, loosening the mind.  Loosening its grip on them.

And that’s what we are doing too.  We are loosening the grip of our mind on us so we can allow our SELF to be here with us in a way never done before.

So, it’s pioneering we are doing, and with all pioneers, we are pretty much learning as we go.  We recognize after a point that no one ‘out there’ has the answers.  In fact, those in the celestial realms who we historically have looked up to, including the Ascended Masters, are waiting for us to report to them our findings.  They are learning from us at this point,  this embodied enlightenment hasn’t ever been taken this far before.

That’s pretty frightening to the mind, because the mind feels responsible, and wants answers, and often looks to those celestial beings for them. It wants guarantees.  It wants to know outcomes.  What’s around the corner.  In service to us, the mind wants to know.  Inquiring minds need to know.

That’s the dilemma.  It can’t know.

It will, however start seeing some real, tangible evidence that it can trust itsSELF.  It will put that evidence in its database.  It may be smaller things at first, like you were just thinking about someone and they contact you, or you wanted a food item, but didn’t feel like going to the grocery store.  A few minutes later a neighbor knocks on the door and says they bought extra peanut butter, and would you like a jar?

Or another lovely neighbor shares a home cooked meal with you.

Or things just begin to flow, like traffic, or the line at the store.  Things just seem to line up without your mind having to work at orchestrating it.

But only if you are managing your frequency.  If you feel ornary, and move about with that mindset, you’ll also see how energy serves that, too. People will bump into you, the line is inordinately long or slow at the store, and things will feel like a struggle to get done.

Those reading this know all about energy management.  It’s Energy 101.  But this seems to be the time where it’s hitting the fan.  When we have to be even more aware.

And, again, it’s not about pretending we don’t feel what we are feeling, or trying to analyze the emotions. And, isn’t it a relief that we don’t have to do that anymore?

So we don’t have to try to improve on our human self.  Thank goodness.  That’s impossible.

We notice that the collective tries to admonish one another for not being better human beings.  We have admonished ourselves for the same thing.

And, as long as we see ourselves as singular we will fall into that hypnosis.  If being human is all you got, then you will have to strive to become a better version of yourself.

The mind has been so used to being in charge, to keeping us safe, that it naturally thought it also has to do the enlightenment thing too. 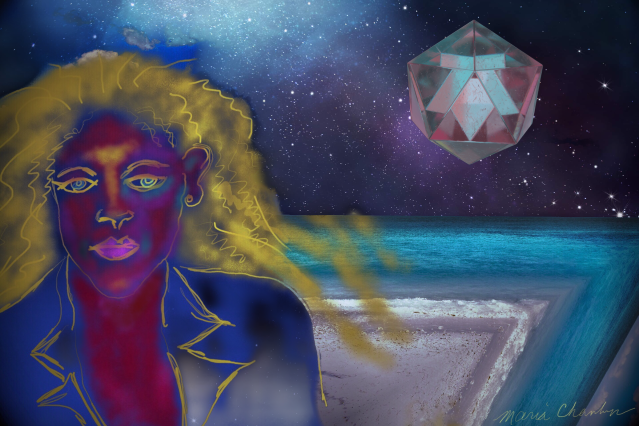 But, there’s a big surprise for the human personality.

You’re just not aware of it, dear human. You’re still looking at yourself from your singular, human perspective.  From a perspective that defines you as incomplete.

Outside of this structured, linear reality, there is no time or space as we know it, so everything is already done.  Some say we’re just going backwards in time to see how we got there.  Kind of reverse engineering.

The mind is all over this news, conceptually.  It’s saying, wow, this is exciting!  I’m already there!  But the mind isn’t really buying it.  It can’t.  But it doesn’t have to.  And that’s the realization.

The mind is limited.  It can’t fathom that it’s more than itself.  It can try.  It tries to understand.  But that is putting too much pressure on it.  It doesn’t have to get it.  Why?  Because it’s already done.

So, the most important thing that these messages, including this one, are doing is distracting the mind while this reverse engineering is happening.  The Divine Mind knows.  The human, linear one doesn’t.   It doesn’t have to.

Now, it’s time for something yummy to eat.  Some chocolate?  A hearty sandwich?  Some soup? Or maybe a nice walk.  Coffee?  Or a nap.  Some binge-watching on Netflix?

Thanks for stopping by.  Enjoy your day, fellow pioneer!