This Planet was created as an experiment.  As a place to work out some galactic issues that had us divided, one against another.  It was the perfect environment, because our creations are slowed down enough so that we can see how we, with our own frequency, our own vibration, create our own reality.  And there it is, that reality, right up in our face…up close and very personal!

After a long time, the human species came to a point where they wanted something different.  They wanted to break out of their refrain of battling an enemy in order to dominate and stay in control.

Most are not consciously aware of that desire, other than a feeling of unrest within their being.  And some don’t want to create something different and hold fast to their old ways.  We don’t have to look too far to see how that’s playing out on the world stage.

So, we can break it down even further and say that each country and nation is a manifestation of a group consciousness.  Just as are weather patterns.  Everything on the outside was once on the inside.

LIBERTY AND JUSTICE FOR ALL 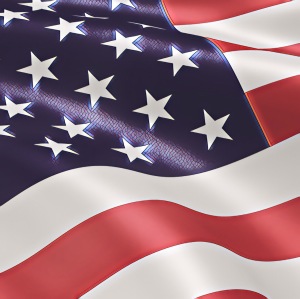 For example the United States of America was an experiment in freedom.  The framers of the constitution had an ideal in mind, that would make this country different, that would allow the nation to become a template for democracy.

Make no mistake however, it was a violent country, and it’s Wild West ideology remains to this day.  But the group of humans that wrote the constitution wanted to establish a country in which all people are equal in the eyes of the law.

The freedom they sought, even if they ended up fighting and dying for it in many cases, was a freedom from tyranny.  And from a monarchy, a dictatorship or a totalitarian regime.  Many who came here were done with those old ways of being controlled.

But even here, in the land of the free, there were factions that wanted to oppress other groups of people, to curtail the freedom of others, and that wanted to use politics and religion to do so.

Those factions are still alive and well today.

There were those who wanted to control and silence women’s voices, and those groups still exist today.

However, there are more people in this country who believe that all people are created equal, and that everyone deserves to live with freedom and dignity.  Those same people believe in law and order, and believe that no one, no matter what their status, or their political or economic position, is above the law.  That includes the president, the highest of offices.

America likes to think it’s the best and most progressive country in the world but in some ways it is actually quite backwards, still quite puritanical, and patriarchal.  Surprisingly, it is listed as one of the 10 most dangerous countries for women. It is one of the highest in gun violence in the world. These are not things to be proud of.

Women’s basic human rights are still being trampled upon.

It’s not a perfect country nor is it a perfect system, but more people in this country are in favor of freedom than not. More people than not want the constitution to be upheld.  They believe in freedom for all and equality for all. I am not talking about freedom to oppress a gender, or to oppress a marginalized group.

They believe in the freedom of all genders to have the same considerations across the board.  That  a transgender person should not have to worry about using a public bathroom.  A basic human dignity that most people take for granted.

They believe women should be treated as human beings, with the right to decide for themselves what they wish to do with their life and their body.

They support industry and business, and they also believe that our precious water and air must be protected from pollution. They believe in cultural diversity and that it is something that has made this country strong, not weak.

They believe it is a good thing to have allies across the globe. They believe in cooperation, not coercion. They believe that every American is entitled to health insurance, and social services for those who are vulnerable.

They believe in equality for all, not some are more equal than others.

They believe in cooperation, not aggression and conflict. They believe all people are basically good-hearted, and they trust their neighbors.

While they honor the past, they look forward to change.  They are optimistic about the future, and see most change as progress.

They know it’s not a perfect system, but they also know that they would rather live in a place where there is a constitution that declares that all are created equal under the law.

They believe in inclusiveness, not exclusiveness.

Most Americans believe in religious freedom but do not want to live under a theocracy. They do not want religion to be used as a club to beat other people over the head or to take away their basic human rights. Religion is not to be used to discriminate against anyone for any reason.

They also believe strongly in compassion and heart. They believe in second chances.

America has a long history of success and failures. Mistakes have been made. Other groups have been run over roughshod in order to control those groups and to take from them.  Aggression is something that Americans have a history of as a nation.

This country has gone through its iterations, culturally, politically and economically. Leaders have risen and fallen. As imperfect as this nation is, it will not allow anyone, including political leaders, to put their own interests ahead of the people they work for. At the end of the day,  the vast majority of Americans recognize that political officials including the president himself are their employees.

And they will make no qualms about acting upon that knowledge, and showing up to create change. And to continue upholding the Constitution.

We know that true freedom is an inside job.  Not everyone is ready for their freedom, even in the 3D world.  That includes some people, groups, countries and nations.  And some are still projecting their fears onto others, whether it is toward an individual, a group, or a nation.

Some countries and nations want to disrupt and destroy the democracies in the world in order to become more powerful.  But their game won’t work against countries who are adamant about maintaining their own freedom and sovereignty.

Ultimately, the majority will speak out, and will not stand for anything but the freedom they fought so hard for.

Many people take for granted their many freedoms, but on an inner level, their consciousness has asked for it.

Those of us who have chosen the accelerated path of embodied enlightenment have moved out of the 3D world such that it is.

No matter where we live on the globe at this time, as the leading edge new consciousness pioneers, we are there with purpose.  To shine our light.  Some places need more light than others.

And we know that even those in the 3D world, who feel they live in a free country will one day open the door to true freedom.  Freedom of self.

Enjoy Tell Me Everything Is Alright from Soulful Sounds

As is customary, I like to take August off from my blog in order to chill and maybe take some day trips.  soulsoothinsounds will be up and running, but from August 1 to August  31, I will not be posting articles, commenting on posts, or responding to emails. During August, I invite my dear friends here in the community to enjoy the posts, the music, the videos, and each other.  Enjoy your August, and see you in September.  Maria

133 thoughts on “The Great Experiment”